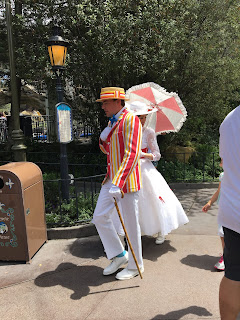 Bert was Mary Poppins right-hand man in the original film but gets very little love in the Disney Parks.

Despite singing in a good number of the songs he does not get the same amount of use in the parks as Mary Poppins or even historically Mr. Penguin.

At Disney World, your only chance of finding him is randomly at the entrance of Disney's Hollywood Studios along with Mary Poppins.

In Disneyland pretty much any time Mary Poppins is out in the park she is joined with Bert. Whether it is on the Carousel, with the Pearly Band or just wandering Fantasyland or Main Street USA the two are almost always together here. 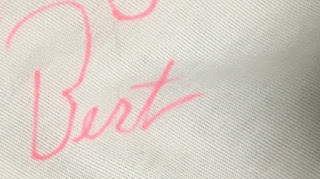