Captain Redd is something exceedingly rare in the US Disney parks. A new non-IP character who got a walk around character in the park. This character is the pirate who replaced the Redhead in Pirates of the Caribbean to some controversy.

Along with the scene change in the classic attraction, Disneyland added this reimagined character to the park as a meetable character.

She is unannounced, not appearing on the App or entertainment schedule, but can be found daily wandering New Orleans Square. 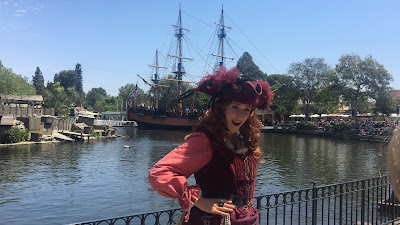 Captain Redd can be anywhere in the land but is most commonly found either by the exit of her ride or down along the Rivers of America.

Your best bet to find her is to look around if Captain Jack Sparrow is announced on the App to be in the land. She will pretty much always be out at the same time as him but is on average in the park more than him on a given day. 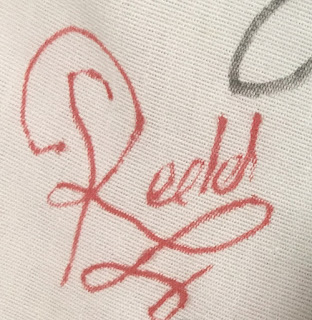 Where is Jack Sparrow?

Where is your ship?