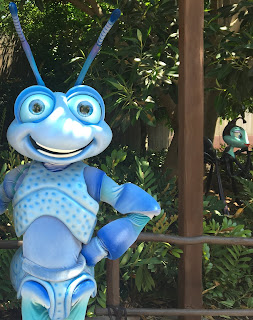 Flik has had a bad couple of years in the Disney Parks.

He used to meet guests in two Disney Parks and had his own land, Flick's Fun Fair. All of this has been removed within the last two years.

In Disney California Adventure, Bug's Land closed leaving him without a meet and greet on the west coast.

Just before that he was removed from Animal Kingdom's Discovery Island.

There is now unfortunately nowhere in the entire world to find Flik outside of a special event like a Run Disney race.