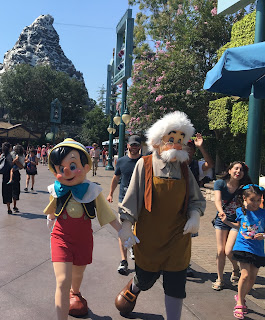 Geppetto is one of the main characters of the Disney Classic animated film Pinocchio. 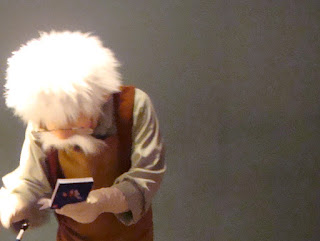 Geppetto always wanted a child, and by wishing on a star he got one in Pinocchio, a wooden doll he made that came to life with magic from the Blue Fairy.

During the early days of the Disney Parks, he was an incredibly popular character along with all the Pinocchio side characters, but recently as more and more successful Disney films have come out he has been pushed to the side.

Finding him at Disney World is nearly impossible. You may happen upon him anywhere there is a major cast gate in the World Showcase at Epcot, but this is your only chance since the Animation Building closed in Disney's Hollywood Studios.

At Disneyland finding him is a bit easier. He can regularly be found wandering Fantasyland and the hub area with his son Pinocchio. This is by no means a daily occurrence, but it does happen quite often.