Jessie the cowgirl may have only been added in Toy Story 2, but she has achieved the same level of popularity in the parks as characters from the original Toy Story.

Unlike Lotso from Toy Story 3 Jessie did not just get added to the parks as a way to promote a new movie, she was a permanent addition to the Toy Story character lineup.

In Disney's Hollywood Studios she meets with guests in Toy Story Land.

She used to meet with guests in Frontierland at the Magic Kingdom near Splash Mountain before this.

In Disney California Adventure she meets with guests near Toy Story Midway Mania on Pixar Pier replacing her former meet and greet in a different location along Paradise Pier. 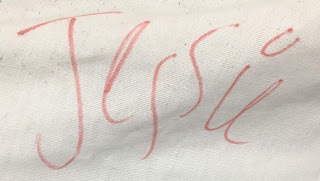 This was retired for safety reasons, but look up old videos of people yelling Andy's coming at her and Woody.