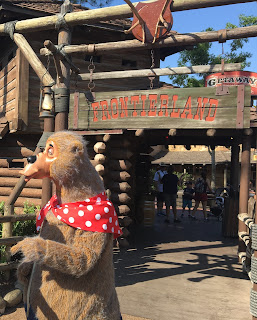 Liver Lips McGrowl is one of the four meetable Country Bears in the Disney Parks.

In the Country Pear Jamboree he sings "My Woman Ain't Pretty (But She Don't Swear None)" but you might not recognize his meet and greet character from the show. The character in the attraction received a redesign in 2012, but his meetable character did not.

He appears almost daily unannounced in Frontierland along with one of the other Country Bears.