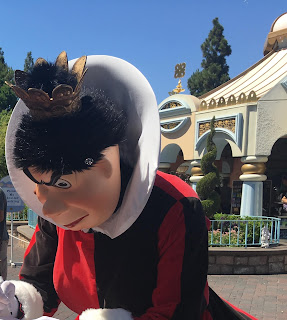 Disney Villains are some of the rarest characters at any Disney Parks. Despite their popularity, they almost never appear outside of Halloween. But that is not always the case.

The Queen of Hearts has a tendency to make unannounced occasional appearances at Disneyland in Fantasyland. 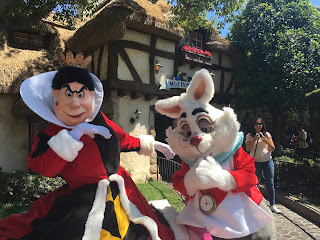 She will often appear with other Alice in Wonderland characters, often the White Rabbit and Tweedledee and Tweedledum.

They can even gather people to play a game of croquet with them in the parade viewing area near It's a Small World.

She normally only appears in the afternoon and will be wandering the parade route in Fantasyland as well as the Alice In Wonderland section of Fantasyland and near the Matterhorn.

If you want a Disney Villainess who isn't Cruella De Vil, try and find the Queen of Hearts in Disneyland. 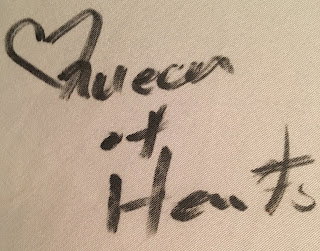