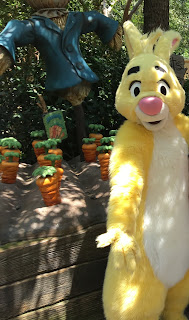 Rabbit is probably the rarest of all of the Hundred Acre Woods characters currently available at the Disney Parks.

At Disney World Rabbit does not ever appear outside of special events.

At Disneyland, it is possible to find Rabbit, but it is difficult but worth it especially considering he recently received an updated autograph and how rare it is to find him.

He is rarely found at the Plaza Inn Character Breakfast, although he is one of the rarest characters that is known to appear there.

Rabbit also sometimes subs in for Pooh, Tigger, or Eeyore in their Critter Country meet and greet. If this happens it will be announced through him appearing on the Disneyland App's character list about an hour before it happens. He will normally only appear for about fifteen minutes so you'll want to get in line before he actually comes out so you can meet him. 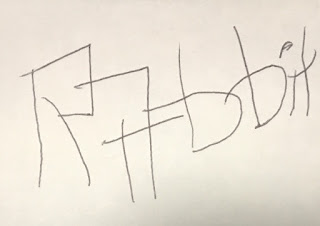