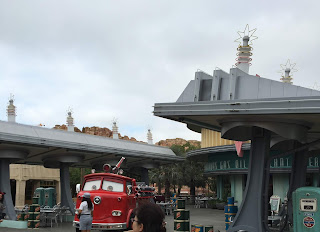 Cars Land opened with several residents you could meet from the franchise. Most were the ones you would expect, Lightning McQueen and Tow Mater. But one of them was a less popular side character from the original film.

Red was the mostly mute eternally at work fireman of Radiator Springs. He is constantly working on his garden and knocking over tires.

At the park, he is probably the rarest character you can find in the land and is the only one to never meet at a different park.

If you see him be sure to go say hi at the Cozy Cone.