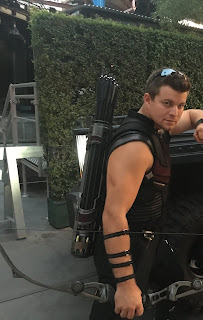 Hawkeye is perhaps the rarest Marvel character in the Disney Parks. Only appearing for a short while during the Summer of Heroes at Disney California Adventure for meet and greets, and then, at least until now, never returning.

He would enter with his trademark bow on an Avengers jeep, similar to Black Widow.

Unfortunately, he was short-lived at the Disneyland Resort and has not returned. Maybe he will in Avengers Campus. 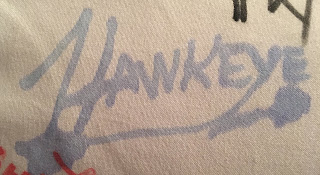